The concept is an analytical concept that describes a very specific approach to culture.

" And in fact the concept is – to begin with – an analytical concept that describes a very specific approach to culture – and illustrates this using the example of film. What is decisive therefore is this: the critique of the culture industry is above all else social criticism, and not, as it is canonised today in academia, “cultural criticism”. This was very important for me with respect to music. And this certainly did not sit well with the views of the pop leftists who were consolidating their position at the time. Moreover, when engaging with the theorem of the culture industry I was always interested in the possibility of actualising art, and not some misjudgements by Adorno, which are usually pounced on to discredit the critique of the culture industry and ultimately along with it social criticism as well. Really popular amongst these is the claim that Adorno understood nothing about jazz. Undoubtedly there are some poor formulations which have little to do with Critical Theory. But there are also very precise observations on changes impacting on the subject. I interpret formulations like “eccentric clowns” as a critique of the subject. And that’s also a very central topos in Adorno’s critique of the culture industry. Adorno, who died in 1969, hardly saw any of the developments in the culture of pop music since the 1960s in any case. In the 1970s punk arrived on the scene, in the 1980s hip hop, techno, while the 1990s witnessed a proliferation of musical subcultures. In response to these developments, I was interested in actualising the critique of the culture industry. And above all else against the background of my own childhood and youth in the milieu of a proletarian-post-petit bourgeois suburbia: Louis Armstrong, Satchmo – My Life in New Orleans, and the Bee Gees, otherwise German hit songs, trashy illustrated magazines – that’s what I grew up with. I belong to the first generation socialised completely by the culture industry: there was no outside influence, no niches. Precisely that which was staged here as lifestyle is nothing other than culture industry. That there had to be something subversive here, perhaps even something emancipatory, well I wasn’t willing to be persuaded otherwise. Nevertheless, what Adorno and Horkheimer formulated in the culture industry section of the Dialectic of Enlightenment had for me the aura of the prognostic: as if only now – catchword: privatisation of multimedia – that is becoming manifest what they had sketched in the 1940s in California… " 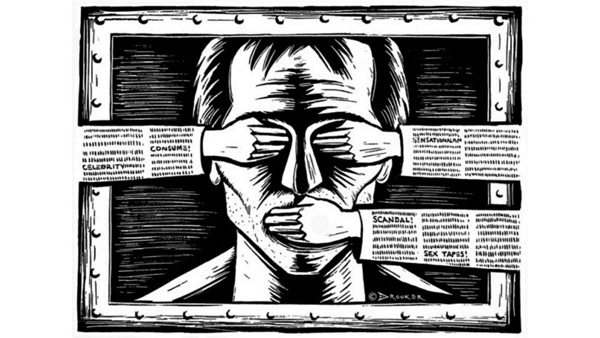